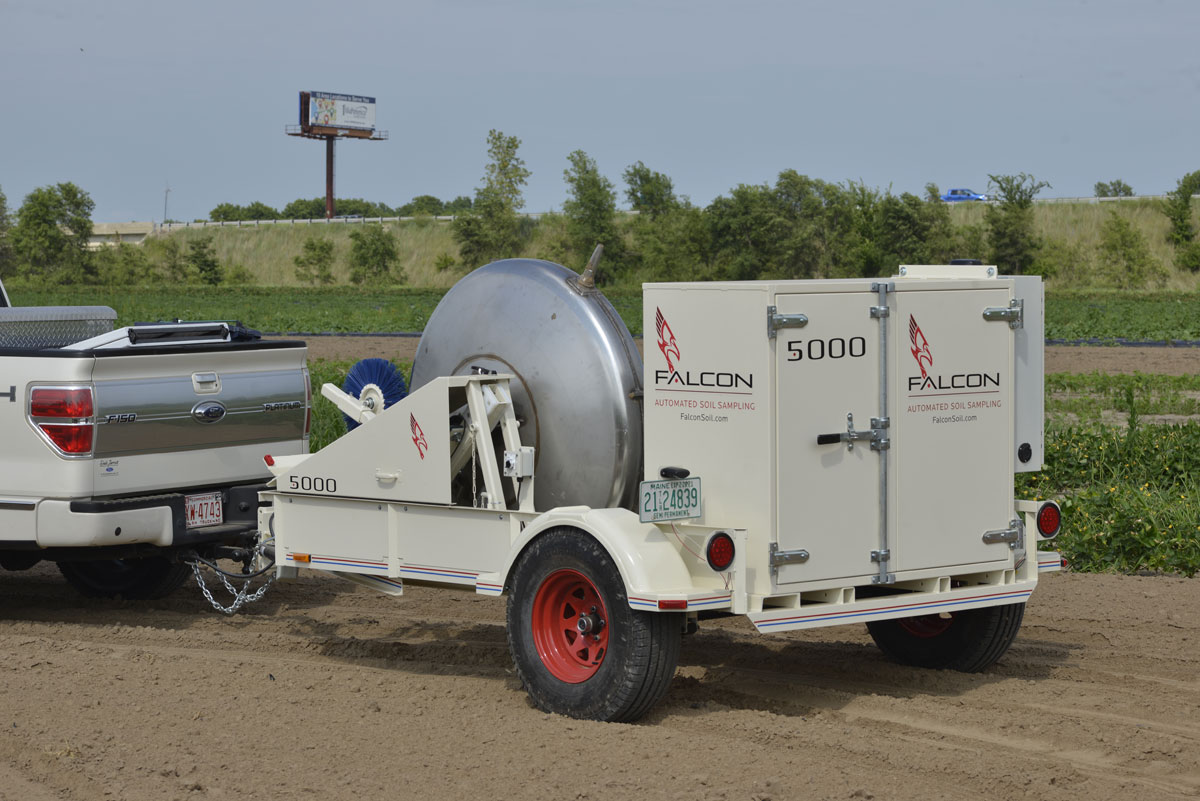 Bringing precision accuracy to a critical task like soil sampling is the goal of Allan Baucom. The North Carolina farmer developed the Falcon Automated Soil Sampling system a year ago after being frustrated with the inherent inaccuracy of traditional methods. With the introduction of two new models – the 1000 and 5000 – he is integrating a variety of technology components.

The machine also includes an on-board computer with a remote, easy-to-use operator interface for control from the cab. The Falcon ServiceLink system supports remote diagnostics and software upgrades, plus a high-visibility caution light to quickly alert the operator if there is a malfunction.

Along with the features above, the Model 5000 adds a dedicated GPS receiver to track sample routes and individual core locations, a barcode reader for sample integration with GPS locations, plus cloud-based data integration with soil test laboratories and precision ag software.

“While based on a simple wheel, the Falcon incorporates GPS, a modern computer interface and cloud communications technology for durability in the field and streamlined operation and data management needed for precision agriculture,” says Baucom.

Optional on the Model 1000, the 5000 is also equipped with an enhanced power/electronics/light package that includes a trickle charger, external PC ports, and improved lighting.

At operating speeds of 8 to 12 mph, Falcon captures a core every second or two. That allows it to take on another precision ag challenge – high-resolution sampling. “The Falcon takes precise cores, minute after minute, hour after hour,” he says. “We need this level of precision and efficiency to truly bring soil fertility programs into the precision ag age.”