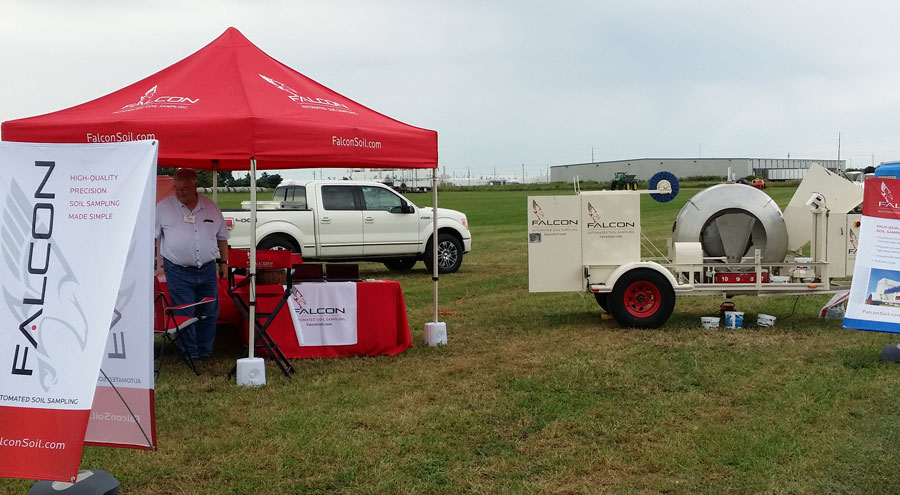 The Midwest Ag Industries Expo (MAGIE) in Bloomington, IL, in mid-August was a real success for Falcon. This was the first chance for the 2,400 ag retailers and farmers registered for the show to learn about Falcon. We had two rigs at the show, one in our booth and another for live field demonstrations. Falcon impressed a lot of people, including a manager of a seven-location co-op in Wisconsin, who purchased one of the show units and pulled it home after the show. Now that’s a strong first impression.